Lauched at the January 2018 NAMM show but not distributed into retail until June (grr, these long lead times are getting more and more common), Boss have nailed it with this one.  A tiny portable, bluetooth-enabled practice and rehearsal amp that runs off mains or batteries and has its own low-latency wireless system inbuilt.

It even switches itself to standby to preserve power when it’s not being played and an accelerometer in the transmitter detects movement and switches the system back on when the guitar is picked up. 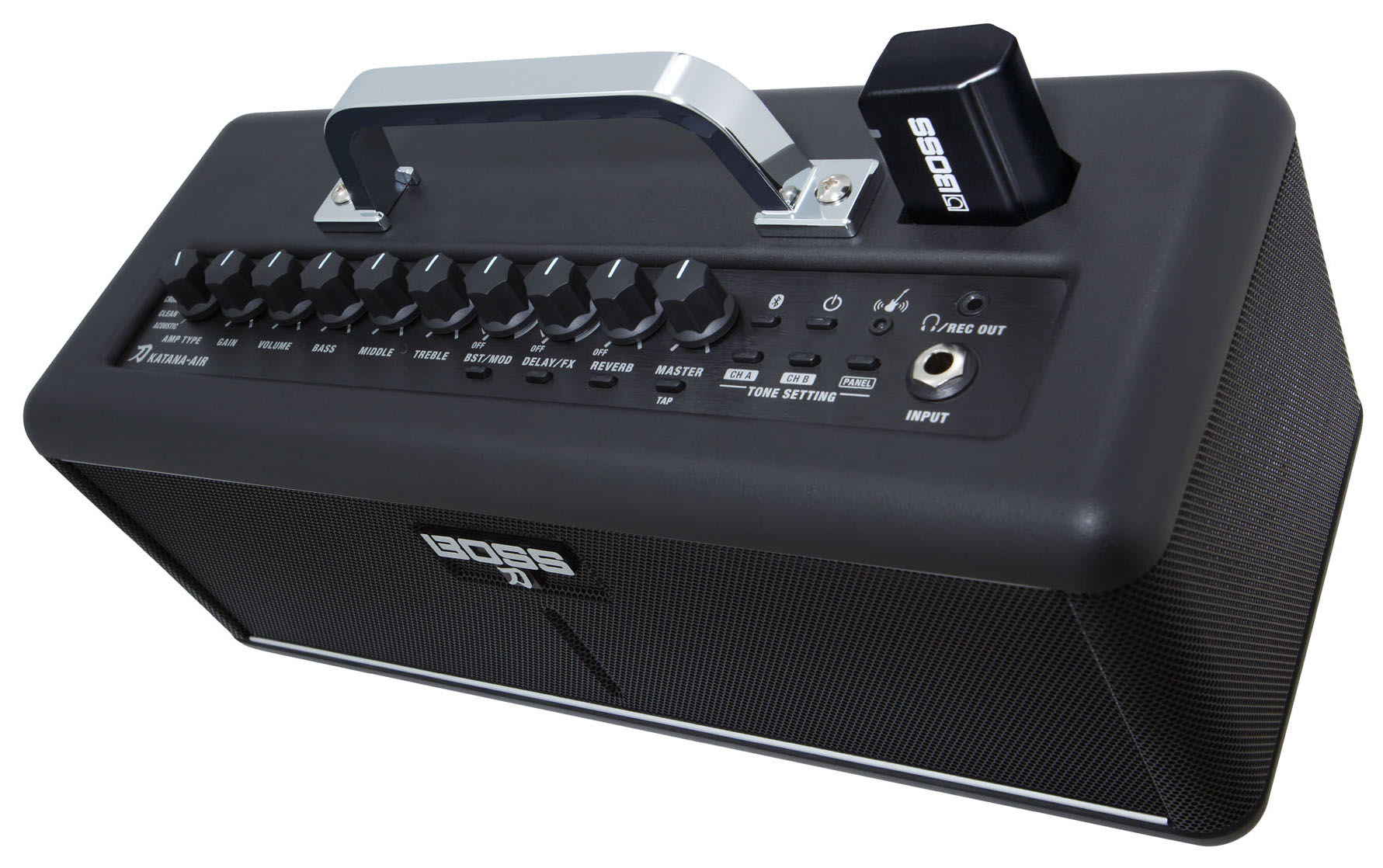 It sounds excellent and deep editing and storage of tones on mobile devices is extremely easy using the free app.  It even allows for two separate delays, great for getting the Robben Ford sound.

The ultimate amp for sofa noodling and serious practice alike, great for sketching things straight into GarageBand too using the free drivers.

It replaces my trusty Yamaha THR-10 which looked after me for years and went to a desreving friend and hot young guitar player/teacher.